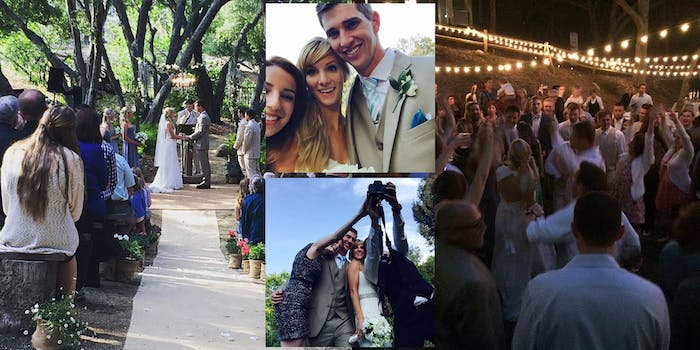 The cast that sings together celebrates together.

The relationship between TV show cast members never really ends, so when Glee star Heather Morris, who played Brittany Pierce, married her childhood sweetheart Taylor Hubbell on Saturday, her Glee family was right there to support her.

Morris and Hubbell said their vows at the Old Canyon Ranch in Topanga, Calif., surrounded by family and friends, as a wedding photographer captured the whole thing.

Congrats to the newlyweds! Love you guys! #thehappyhubbells