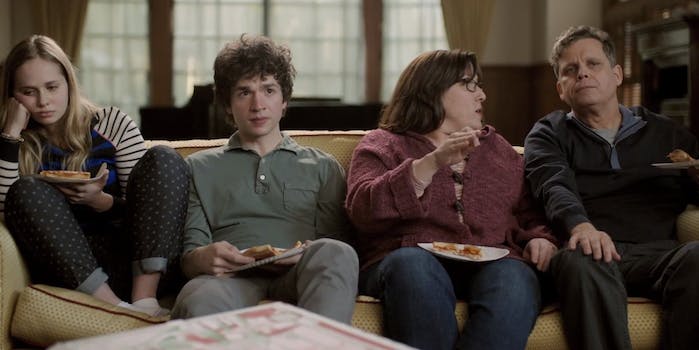 HBO is trying to save its younger viewers from their worst nightmare.

HBO is trying to save its younger viewers from their worst nightmare.

In a new push to get the younger viewers to use HBO Go, the network’s online and mobile streaming service, HBO released a series of ads reminding you what could possibly go wrong when you watched the racy sex scenes HBO is notorious for out in the open with your parents.

If you’re lucky, it might result in some awkward silences during an after-show discussion, but for the family portrayed in the ads, these parents are anything but when it comes to those scenes in Game of Thrones, True Detective, and Girls, among others.

When there are no mental filters, it creates a number of cringeworthy situations that many of us would rather avoid. Instead of watching in silence, the parents use that opportune moment to talk about the scene and overshare about their sex life, the grandparents’ relationship, or who plays that character on that one show.

Or sometimes saying nothing at all might just make it worse.

You could always try to access HBO on another TV in the house if you can, but HBO’s solution is for you to just use HBO Go—assuming they can even get onto the streaming service without it crashing.