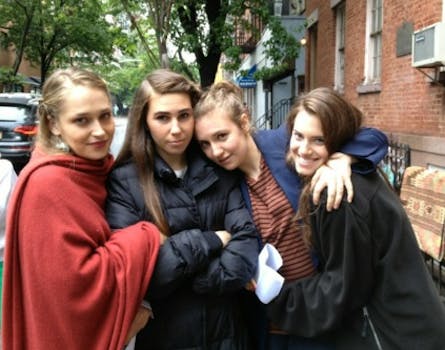 The shooting locations of HBO’s “Girls” get Google Mapped

A Google Map from WNYC Radio reveals the real-life locations of the apartments and hangouts of the 20-somethings on Lena Dunham's HBO comedy Girls.

Girls, the HBO comedy that acts like a DVD commentary about the lives of 20-somethings, now has a map of its shooting locations.

The Google Map pins the filming spots where Lena Dunham and the ladies kvetch about how hard their lives are. It’s created by The Guardian and WNYC Radio (which is most likely the girls’ favorite radio station, because they’re progressive like that).

Surprisingly, there are only four pins in Brooklyn, where the girls live and experience gritty dive bars. Marnie and Hannah’s apartment is in Greenpoint on India St., and Adam’s well-organized living quarters is in Prospect Heights.

Other pins include Shoshanna’s and Jessa’s apartment (near Little Italy), Marnie’s gallery off of Delancey St, and Tom and Jerry’s Bar, where Jessa drinks down a White Russian before her planned abortion. That is totally a #mistakesGIRLSmake.

I’ll be busy plotting my star map if anyone needs me.