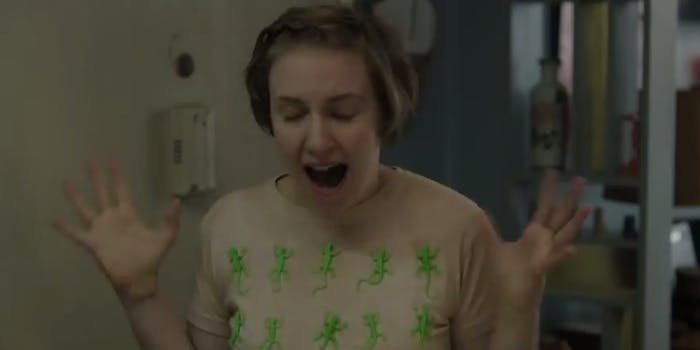 Because sometimes you just can't wait for the DVD.

Hey Girls fans, don’t be too bummed if you don’t have an HBO subscription to watch the premiere of season 3 tonight.

You can catch the first two episodes, which are playing back-to-back on HBO starting at 10pm (EST), on YouTube just 12 hours later at 10 a.m. Monday.

HBO has announced the plan to release the premiere episodes on YouTube in an effort to engage the show’s active Internet fan base. HBO’s vice president of social media and marketing, Sabrina Caluori, told Mashable that it’s an “increasingly challenging demographic to reach with traditional means.”

That’s a challenge HBO has been attempting to meet head-on. It has already been teasing Season 3 with clips on its YouTube channel. There’s also been considerable effort put forth on a variety of other social sites platforms including Twitter, Tumblr, and even Snapchat.

Just can’t wait for more of this.