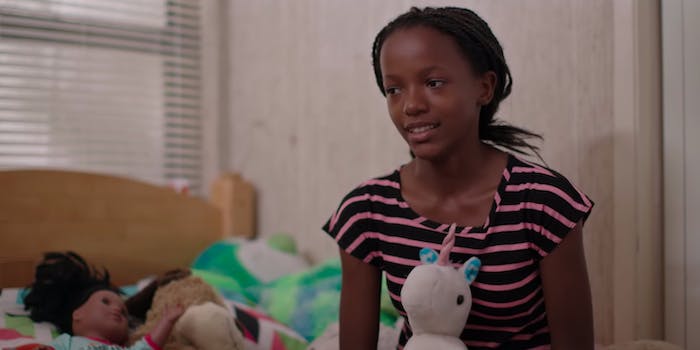 ‘Foster’ examines the potential and shortcomings of the foster care system

If there were justice in this world, a sizable chunk of Game of Thrones‘ audience would also watch HBO’s new documentary Foster. Writer-director Mark Jonathan Harris’ film covers all angles of the American foster care system, from foster parents and kids to people working in the system. Over the course of two hours, Harris presents a wide-ranging and clear-eyed look at the potential and limits of the current foster care system. But the driving force of the film comes from the people it captures. These are people full of love, frustration, trauma, and hope; they give a faceless organization an identity and make Foster important viewing.

‘Foster’ shows the potential and limitations of the U.S. foster care system, featuring the stories of people working both for and in the system.

Foster takes place in Los Angeles, home of the nation’s largest child protection agency. We meet most of the key people early, including Earcylene Beavers, a woman with 27 years of experience as a foster mother. Mrs. Beavers always wanted a big family, and when it didn’t happen naturally, she became a foster mother. She welcomes children into her home regardless of circumstance, and they become family. It’s the best-case scenario in the foster world, a hard-won victory that is a testament to Mrs. Beavers and the kids she fosters. But Mrs. Beavers understands how rare her situation is. With over 400,000 kids currently in the foster care system, happy endings are more the exception than the rule.

Take the case of Mary, an enthusiastic 18-year-old and self-described “drug baby” who suffered abuse at home prior to entering foster care. She had a relatively successful foster care experience, but she still has a hard time focusing and learning and continues to wrestle with self-doubt. Other times, intervention comes before a child can even crawl. Contrast Mary’s story with that of Kris’Lyn, whose mother, Raeanne, tested positive for cocaine at the time of Kris’Lyn’s birth. In these cases, protective services get involved right away to begin the removal process until the parents’ situation is resolved.

Without the proper resources and personnel to give abused or neglected kids the support they need, they face another problem: They must heal, adapt, and reconcile their personal issues with the program’s ideals of progress. Kids that break rules, run away, or otherwise act out of turn face harsh consequences. As one child protection worker puts it, “The foster system is punitive.”

People within the system aren’t allowed the same leeway a child gets in a normal household. Foster demonstrates these rules through Dasani, who has moved through the system and is on probation by the time viewers meet him. When Dasani was a child, he witnessed his mother’s murder. Now, reports from his group home claim he’s selling weed, among other transgressions. The caseworkers and judge want the best for Dasani, but they can’t keep giving him chances because of the system. Foster asks how to accommodate the needs a child within the confines of the flawed foster care system.

Speaking on her experience, Mary talks about “being able to write the end of your story” even though you don’t get to write the beginning. It’s a familiar but important point to make. One of the many takeaways from Foster is that everybody just wants to have a “normal” life. But for the kids involved in the four million reported cases of abuse and neglect per year, normal isn’t an option.

Foster opens with a quote from Nelson Mandela that helps put a lot of things in perspective: “There can be no keener revelation of a society’s soul than the way in which it treats its children.” One in eight kids suffers abuse or neglect before they turn 18, and the film shows a great deal of the harsh realities they face. Harris counters them by featuring the people who work with the kids, such as Mrs. Beavers or Jessica Chandler, a woman who came up through the foster system herself. Now she is a social worker who shares her story in the hope that she’ll reach someone and help them in the same way somebody helped her.