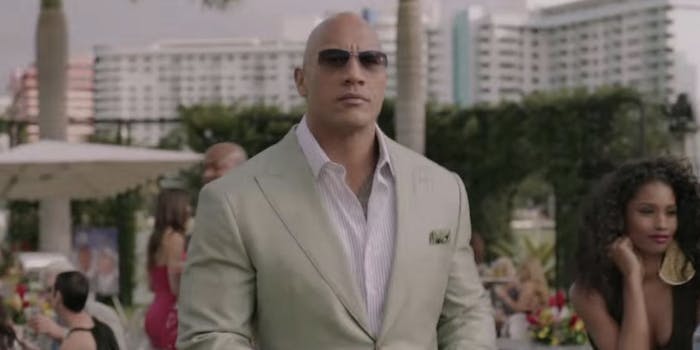 HBO streaming new series ‘Ballers’ and ‘The Brink’ on Facebook

In an effort to appeal to a broader audience, HBO announced that premiere episodes of the new series Ballers and The Brink will be available to stream for a limited time on Facebook. Star and Executive Producer of Ballers, Dwayne “The Rock” Johnson is hosting the full first episode of Ballers—with a personal selfie introduction—on his Facebook page, which makes the show available to more than 49 million of his fans.

The Brink, which stars Tim Robbins, Jack Black, and Aasif Mandvi (The Daily Show), can be seen on the series page, which has tallied up a respectable 23,000 fans.

HBO recently unveiled the new “over-the-top” service, HBONow, which allows access to the channel’s better-than-TV programming to members of the general public who don’t have cable subscriptions, home televisions, or their girlfriend’s dad’s password to HBOGo.

Ballers and The Brink air Sunday on HBO—or whenever you feel like watching on HBONow, or Facebook.