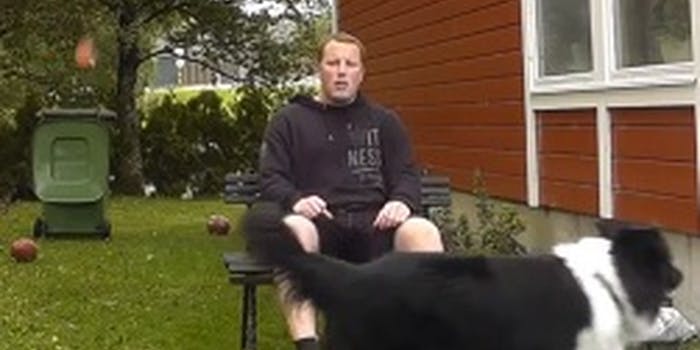 “Trick shot” kicker gets a shot at his NFL dream

Håvard Rugland won a chance to join the big leagues after a YouTube video found its way to the New York Jets.

A football kicker won a chance to join the big leagues after a video showcasing his tricks and accuracy racked up more than 1 million hits on YouTube.

Norwegian Håvard Rugland was invited to try out with the New York Jets—largely thanks to the clip below, which shows him kicking a ball to a guy in a boat, curving a ball between the uprights from a tight angle, and booting it overhead into a trash can, and kicking one ball into another in mid air.

The impressive video caught the eyes of several NFL teams. Rugland, 27, claimed the tryout went well, though it remains to be seen if he’s headed for the bright lights of the NFL.