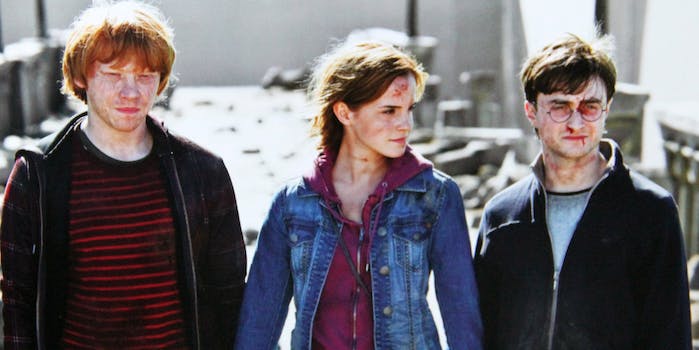 A new scene has been recorded exclusively for a theme park ride at Universal Studios.

Daniel Radcliffe, Emma Watson and Rupert Grint are bringing the band back together to film a scene in their roles from the Harry Potter movies. Unfortunately, the only way to watch that scene will be to go to Universal Studios in Orlando, Florida.

The new Harry Potter footage will be used in a ride taking place in Wizarding London’s Gringotts bank. Set during the scene when Harry, Ron and Hermione break into the bank in disguise, visitors will get to experience the bank heist from the perspective of everyday wizarding customers who get caught in the crossfire.

The three actors will film different versions of their scenes from other angles, and the ride will also include appearances from Bellatrix Lestrange and Voldemort. Visitors will enter through a replica of the Gringotts lobby, complete with goblin bankers, and eventually wind up encountering the 60-foot dragon we see in the movie. Universal Studios has released a trailer for the ride, and it honestly looks awesome.