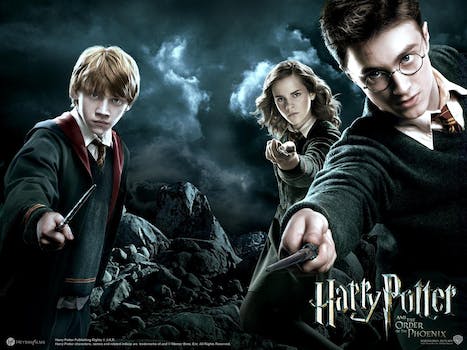 Over the weekend, the last film in the Harry Potter franchise premiered and promptly broke all box office records, raking in over $165 million in the U.S. and more internationally. But for communities of Harry Potter fans, the last movie was a bittersweet event, and many are calling it the end of the Harry Potter era.

Rhett and Link, the online-video comedians who have a TV show on IFC titled “Commercial Kings,” took a vlog by a fangirl musing over the implications of the last movie, and turned it into a catchy song with lyrics like “Harry Potter shaped me as a person. I am who I am today, because of Harry.”

The vlog, by YouTuber Maccadole, is part of a series of videos she created discussing the last Harry Potter movie. (Her most eloquent one is straightforwardly titled “The Potter Generation: End of an Era.”)

Consider this: The 9-year-old Amazon.com reviewer who declared the first book “magical” in 1998 is now 22.

Maccadole touched on this fandom in her video, saying it was “an amazing honor to have been born into this phenomenon, to have experienced it — we’re so lucky. Waiting for the book releases, and standing in line for the movie premieres. Future generations won’t experience it the same way.”

ThatGirlTyson shared a similar sentiment when she says “there has never been a franchise that reached this sort of height—nothing can be compared to Harry Potter” in her video “End of An Era – Goodbye, Harry Potter.”  ThatGirlTyson admits in her vlog that “for over 10 years, I’ve been living Harry Potter.” She wonders if it’s time to move on.

YouTuber booshoe37 referred to this sadness as “post-Harry-Potter trauma” in his video, and windekresstadrd refers to it as “post-Potter depression” in her trolling video.

Even actor Rupert Grint, who plays Harry Potter’s friend in the movies, admitted in an interview with Artisan News Service the end is “strange”, as he’s grown up with his fellow actors. “There is a sadness to that”.

Jackie Bundy, the store coordinator at Whimsic Alley, an LA shop that sells only Harry Potter items and products, doesn’t think the Harry Potter generation is over.  “That’s the saddest thing to hear” said Bundy in a phone interview. “Star Wars didn’t end when the movies ended, the story lives on in fan’s hearts.”

Asked if she is worried about a drop in customers, Bundy said,  “I meet kids every day who come in starry-eyed, who just started the series. There are children who are just now reading the books, who just now started watching the movies, so it’s not going anywhere.”