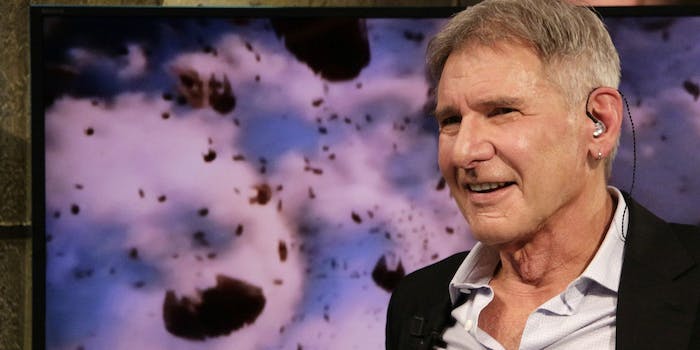 Ford’s son, Ben, has confirmed that his father is recovering.

Doctors on the scene, there as patrons of the Penmar Golf Course, were reportedly the first to tend to Ford. The golf course is located near the Santa Monica, Calif., airport. They pulled him from the wreckage, examined the actor, and determined he had a deep gash on his head. A witness told TMZ that Ford’s plane took a “nose dive straight on the 8th hole tee box.” He was reportedly conscious upon landing.

Audio of Ford radioing in the engine failure was made public soon after the reported crash.

Ford, 72, is a long-time pilot hobbyist. In 1999, a helicopter he was piloting went down in Santa Clara, Calif.

News that the Indiana Jones and Star Wars actor was in a plane crash instantly propelled the news to the top of social media trend charts as an outpouring of support reverberated across channels.