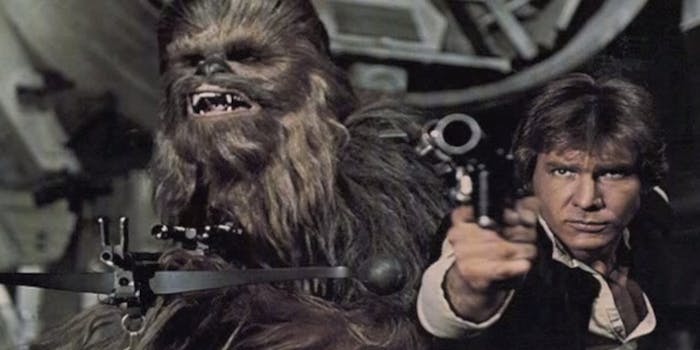 The injury may force him out of action for weeks.

An ankle injury to actor Harrison Ford may force serious delays in the filming schedule of the latest installment of Star Wars.

The San Jose Mercury News reports that Ford, known best within the Star Wars franchise for his portrayal of Han Solo, may miss six to eight weeks of filming after a hydraulic door in his character’s Millennium Falcon spaceship reportedly fell on him while the 71-year-old actor was filming in London.

Star Wars: Episode VII is currently slated for a Dec. 18, 2015, release, but Ford’s injury may put a lag on that schedule. Those associated with the film’s production are currently hoping that’s not the case.

Ford’s son told Access Hollywood that his father may need surgery to add a plate and a few screws to the bone to stabilize it. In the meantime, director J.J. Abrams is figuring out ways to shuffle around his schedule.

“It was hard to move things around, but now we have had more time to juggle things, bring some scenes forward and push others back,” a production source told London’s Daily Mirror. “There are lots of other actors in the movie, so it’s not a disaster. We are still confident the film can stay on schedule.”