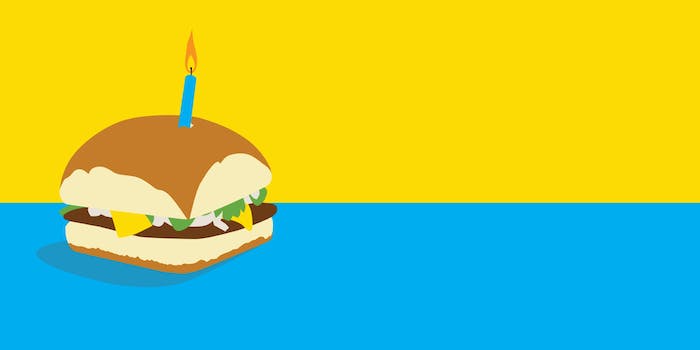 Harold and Kumar went to White Castle 10 years ago today

Celebrate the anniversary of Harold and Kumar's first trip to White Castle with these 10 GIFs.

On July 30, 2004, two young stoners set out on a simple quest: to procure some White Castle sliders. Little did they know that they were permanently changing the face of cinema.

Harold and Kumar Go to White Castle struck a chord with stoners and non-stoners alike. It gobbled up dollars at the box office and spawned the sequels Harold and Kumar Escape from Guantanamo Bay in 2008 and A Very Harold and Kumar 3D Christmas in 2011. It established the careers of its stars John Cho and Kal Penn, who were introduced in trailers as, respectively, “that Asian guy from American Pie” and “that Indian guy from Van Wilder.” Even the White House took advantage of its popularity during Barack Obama’s re-election campaign in 2012.

Additionally, it marked a career comeback for co-star Neil Patrick Harris, who went on to not only an illustrious stage career on Broadway, but also stole the show as womanizer Barney Stinson through the nine-season run of How I Met Your Mother.

To mark the 10th birthday of Harold and Kumar Go to White Castle, we compiled 10 of the movie’s best scenes in GIF form.

“Dude, the diarrhea twins totally would have had sex with us.”

Harold rids himself of a raccoon the only way he can.

“This is either a really smart move or by far the stupidest thing that we have ever tried.”

“I want the same thing, only make mine Diet Cokes.”

The universe tends to unfold as it should.