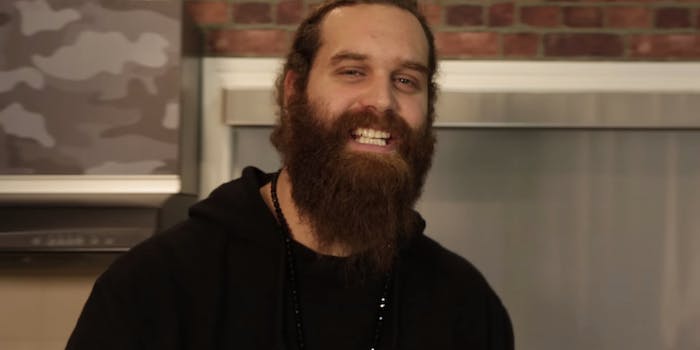 YouTube wants to be more than the place to go for the commercials.

During this year’s Super Bowl, YouTube is looking to be more than just the place people go to watch the commercials. The top video sharing site will have its own halftime show, during which creators like Harley Morenstein and Freddie Wong will act as counter-programming to Katy Perry and Lenny Kravitz.

Morenstein, the ringleader of the Epic Meal Time channel, will host the program, which YouTube is producing alongside Collective Digital Studio. Other creators slated to appear include Wong, Toby Turner, and Rhett and Link. According to Bloomberg, the program includes performances, stunts, and a few fake Super Bowl ads, including one from Wong that combines sugary juice drinks with his signature effects-laden production.

The show will go live on the AdBlitz channel, which, as in previous years, will house all the Super Bowl ads when they are uploaded to YouTube. Viewers are invited to rate each spot, and after the game, the most popular one will be revealed.

Right now, the AdBlitz channel features a few “teasers” for this year’s ads, as well as a section called “Harley’s Playbook” that combines the Epic Meal Time frontman with common Super Bowl advertising strategies. Here, for example, is a video from Mars Rising that introduces “HARLEY Cologne”:

YouTube hopes these offerings will allow it to battle Perry and Kravitz, who will be the halftime performers during NBC’s coverage of the NFL championship. Suzie Reider, managing director of brand solutions at Google, told Bloomberg the YouTube halftime show is aimed at viewers who are more interested in advertisements than football. “It’s a really good place to showcase our celebrities, our talent and our creators,” she said. “It will be fun afterwards to see what was Freddie Wong’s draw compared to Katy Perry and Lenny Kravitz.”

Halftime is certainly a good slot for YouTube, since many viewers will likely trek over to AdBlitz to re-watch their favorite ads from the first half. The site’s show, therefore, should be able to assemble an audience. It will be up to Collective DS and the participating creators to put on a worthy spectacle.