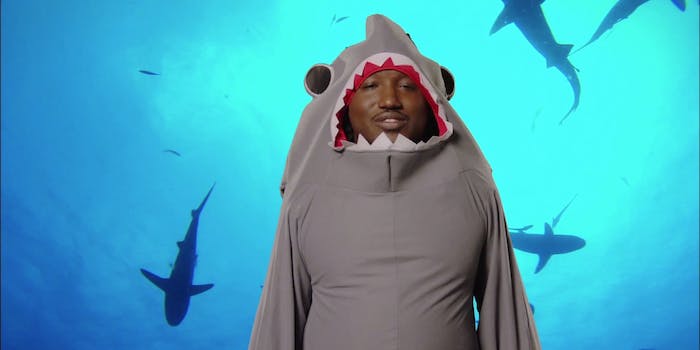 It's relatable to his audience.

Hannibal Buress is only trying to take a chomp out of that sweet Shark Week audience.

Telling Conan O’Brien that “we’re really whores,” he does what he needs to in order to convince the people watching Shark Week to go and watch his show on Comedy Central. And apparently that means dressing up in a low-grade shark costume—maybe Left Shark wasn’t available?—and telling them to watch Why? With Hannibal Buress.

It’s almost so bad it’s good, and he leaves us with one key piece of advice: Always go with the cheaper option because then you won’t look like a dick. It’s relatable, after all.