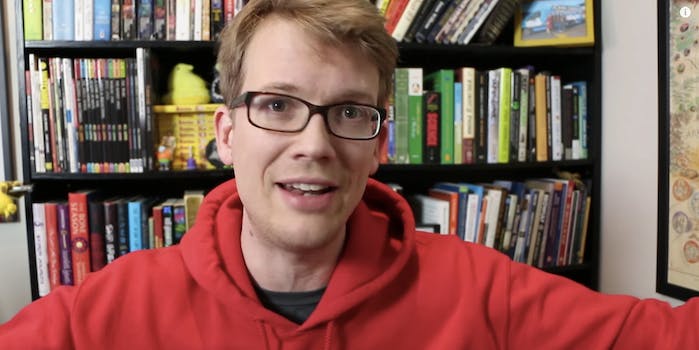 Those are some dramatic increases in ad revenue.

Hank Green has popped open the hood on his YouTube revenue. He’s trying to help creators determine if the recently launched subscription service, Red, is helping or harming their bottom line.

When YouTube Red launched in October, several creators feared that their paychecks might be decimated by the new model. But with a few months of income under their belts, YouTubers can now see how their revenue has changed. According to Green, the numbers are trending positively.

Green decided to break down some of his own finances and encourage other YouTubers to discuss theirs in an effort to see if Red is overall positive for creators. The VidCon founder shared the data for three of his smaller channels in the video, going step by step through the numbers for his GamesWithHank channel. Based on the past 28 days, Green saw ad-based CPM (cost per thousand) of $0.85, compared to $4.95 on Red.

Green sees a 100 to 500 percent increase in CPM rates for Red views over traditional monetized ad views, and likewise sees the same increase for money per minute of video watched.

The spreadsheet is available for anyone to copy and do their own math. Green is asking people to tweet him their own payout percentages so he can see if the trend he sees holds true across other YouTubers.

If you would like to check to see how YouTube Red is affecting your channel earnings, I have created a spreadsheet: https://t.co/eUuUUxQ4OZ

Green also openly admitted that he’s part of a brand advertising deal to promote Red signups, but emphasized that his math has been checked by outsiders.