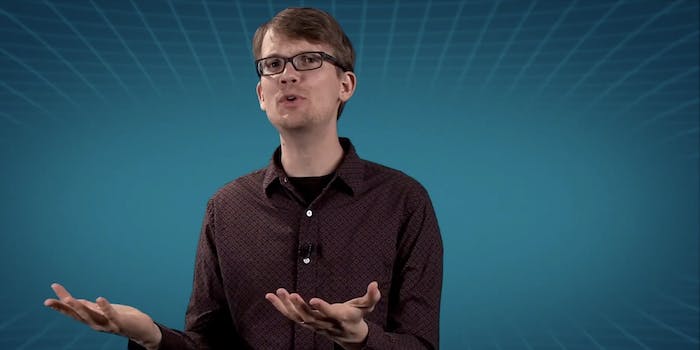 Hank Green wants to help you get rid of the hiccups

There's some science behind holding your breath after all.

SciShow, a science-focused educational YouTube channel from VidCon co-founder and Vlogbrother Hank Green, has launched a new series to answer the most-searched questions on the internet.

A 10-part series, “The World’s Most Asked Questions” will run through Oct. 28, covering topics ranging from how many calories one should eat to the messy, confusing, mysterious concept of love.

The success of SciShow, which has more than 2 million subscribers, coincides with the growing popularity of “pop science” as a category. For instance, science channels had three-times more subscribers in 2013 than in 2012, according to data provided by YouTube. Today, education videos are more popular than pet videos, per Kevin Allocca, head of culture and trends at YouTube.

SciShow specializes in “explainer” videos, in which complicated concepts are broken down into simple terms. In addition to Green, the channel’s roster of hosts include Michael Aranda and Caitlin Hofmeister.