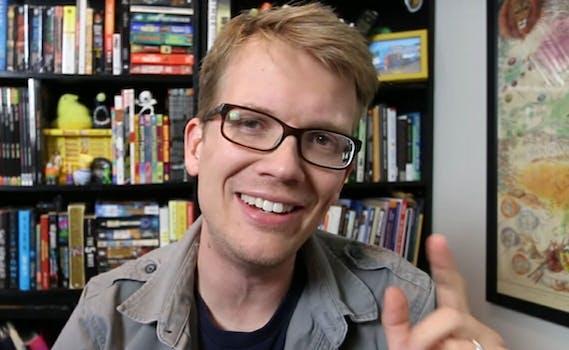 After building 7-year-old VidCon into the biggest digital video convention on Earth—complete with international iterations in Europe and Australia— YouTube luminary Hank Green is hoping to launch a similar event in the podcasting space.

Right now on Indiegogo, Green is crowdfunding PodCon, which has already clocked more than $25,000 of its $300,000 goal from roughly 260 backers—with 20 days remaining in the campaign. “We want to create an event that celebrates this medium/art form/whatever it is,” according to the event’s Indiegogo page. “We’re bringing together a diverse group of podcast pros in Seattle, Washington for two days [Dec. 9 and 10] of live podcasts, performances, discussions, workshops, and weirdness.”

Green co-founded PodCon alongside Welcome To Night Vale creators Joseph Fink and Jeffrey Cranor and prolific podcast producer Travis McElroy. The event is slated to be held at the Washington State Convention Center. For now, the guest list is relegated to the founding quartet—though additional guests will be announced as the campaign continues to grow.

Live podcasts set to be recorded at the event include Dear Hank & John, My Brother My Brother And Me, and Alice Isn’t Dead. Panels will discuss the cultural, technological, and financial challenges of podcasting, while workshops will help attendees hone writing, community-building, and technical skills. The event won’t be livestreamed this year due to budgetary constraints, but a $25 donation will buy “Remote Attendance,” or password-protected links to all goings-on after the event concludes. A $90 donation buys a physical ticket.

There are already many conferences and festivals that exist within the burgeoning podcasting industry, including Podcast Movement, the Mid-Atlantic Podcast Conference, Podfest, Hivio, NYC Podfest, and more.

Check out an introductory video to PodCon below, and donations can be made right here.