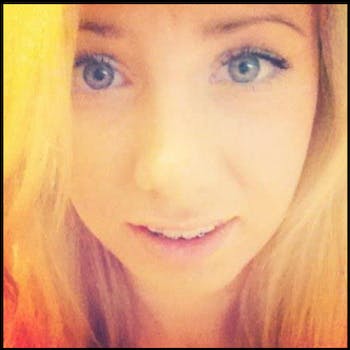 Hailie Mathers backs off all the Haylor hate

Eminem's daughter defended her right to have an opinion but apologized Wednesday for her "immaturity."

It appears that Hailie Mathers never, ever meant to cause all that outrage.

A Twitter user claiming to be Eminem’s One Direction-obsessed daughter is apologizing on Twitter for her mischievous tweets Tuesday blasting Taylor Swift for dating Harry Styles, her apparent dream man. She told Swift off for “whoring around” for the sake of writing of albums.

“Wow. I didnt mean for people to react to my tweet in the way that they have it was just a bit of fun! Sorry @taylorswift13 for my immaturity,” tweeted @hailiejade_x Wednesday morning. Obviously hoping to calm things down before the winter formal, we presume.

She defended her tweets, writing that she’s entitled to her own opinion. “I don’t understand why there are ‘news’ articles written about it!” she tweeted. (In our defense, it was very amusing!)

For the past day, the person behind the Mathers account has been the target of insulting tweets from One Direction fans for hatred about “Haylor.” Many tweets directed at the 16-year-old were laden with unprintable expletives.

But not everyone was pro-Haylor, with many users commiserating with her hate for pop music’s newest power couple.  A fan tweeted her “you go girl,” while another tweeted “i really hope haylor is a publicity stunt :'(”

We all good, girls?