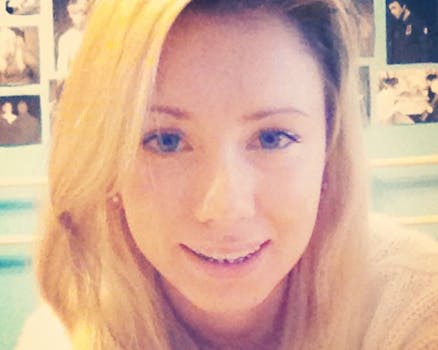 Did Hailie Scott Mathers actually start a rumble with Taylor Swift on Twitter earlier this week, or was it a fake account?

Did Hailie Scott Mathers actually start a rumble with Taylor Swift on Twitter earlier this week?

A rep for Eminem told E! News that claim is so false: @hailiejade_x is an impostor and has no connection with Hailie.

On late Monday, tweets from the account in question told Swift to back off from swapping spit with One Direction singer Harry Styles. She also told the singing Cracker Barrel breakfast platter to stop “whoring around” with guys.

Mathers, 16—or whoever is behind @hailiejade_x—shuttered the account Wednesday after a barrage of media attention and a tidal wave of incendiary tweets from Swifties and One Directioners.

3) Hailie’s “best friend,” who goes by “T” on Twitter, privately confirmed via direct message to the Daily Dot that the Twitter, Facebook, and Instagram accounts were real, and really Hailie’s. But could the best friend be fake too? The mystery deepens.

We’re going to go read a book or something.

CORRECTION: Based on evidence received after the publication of this article, the Daily Dot has determined that, despite the elaborate social media presence around the @hailiejade_x account, it was most likely a hoax, and did not belong to Hailie Mathers. Previous stories about the account have been updated to reflect this new information.