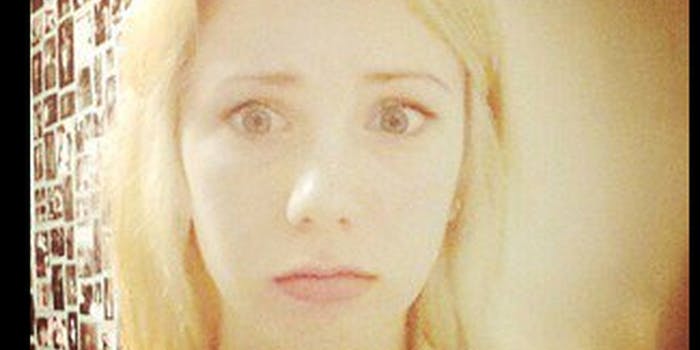 “OK so I’m deactivating my account now … The media is BS,” Mathers—or the Twitter user posing as Eminem’s teenage daughter—tweeted at noon ET. A few minutes later, her @hailiejade_x Twitter profile, which had 37,000 followers, disappeared. 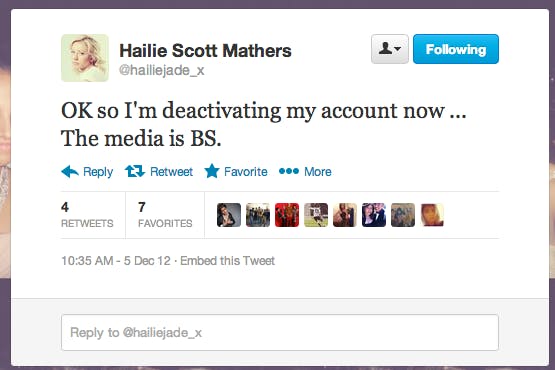 Her Facebook profile is still active, however, despite no recent updates since late November.

@hailiejade_x’s  profile doubled in followers, but at a cost: She’d enraged the fleet of One Direction fans, who barraged her with expletive-laden tweets. 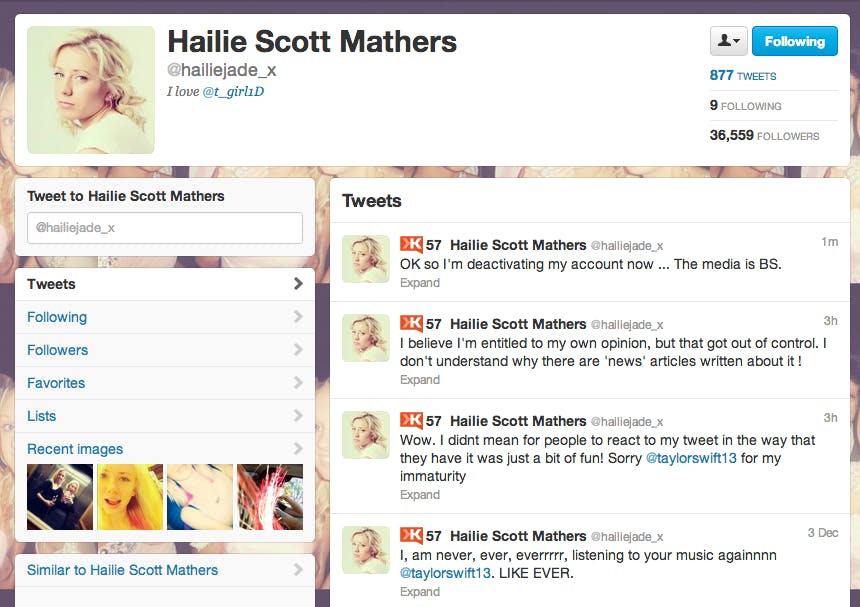 We’ve collected a sampling—some measured and mature, others a bit more reactionary: