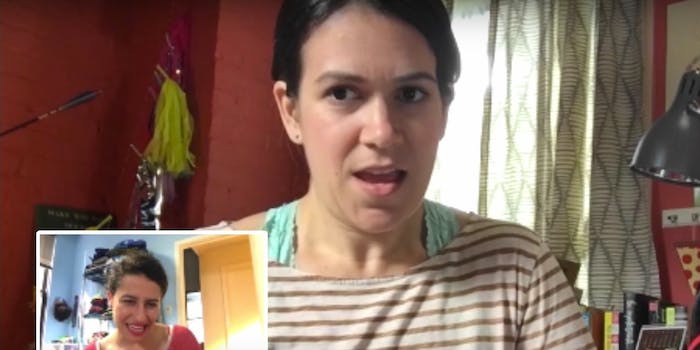 When we last saw Abbi and Ilana on Hack Into Broad City, the mini-sketch webseries they do between seasons, the ladies were cleaning out their closets and donating clothes. But now that their wardrobes are in order they’re focused on a new project: Halloween costumes.

This week’s episode starts with the ladies FaceTiming each other to reveal the looks they’ve put together, and it turns out being on the same wavelength as your best friend might have a downside.