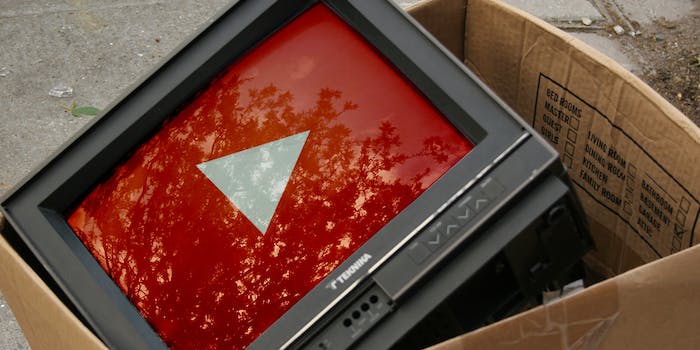 Questions of copyright have pitted H3H3 and SoFlo against each other.

Questions of copyright have pitted two popular YouTube channels against each other in an all-out social media war.

H3H3 Productions, a comedy channel known for its funny but often crude sensibilities, has been on the forefront of this clash. Whenever issues of copyright surface, owner Ethan Klein is usually ready to take on the corporate establishment with his in-your-face style of humor.

Klein also benefits from a dedicated fanbase, one that is willing to help his message get heard by the widest possible audience. Earlier this month, when the Fine Bros. were out to copyright their popular “react” videos, and take down all react-related content, Klein’s opposing rant went to the front page of Reddit almost immediately.

This week Klein set his sights on YouTuber SoFloAntonio, known for social experiment and prank videos. Klein finds his videos insufferable, but has a bone to pick with the SoFlo Facebook page. Klein noticed that a lot of video content being uploaded or shared on SoFlo’s Facebook page followed a certain style. It’s one that’s presented in a way to garner the most views: With big, bold letters, something salacious would be written, with a video underneath, and some emojis for good measure. And he recognized a lot of this content, going so far as to accuse SoFlo of theft. 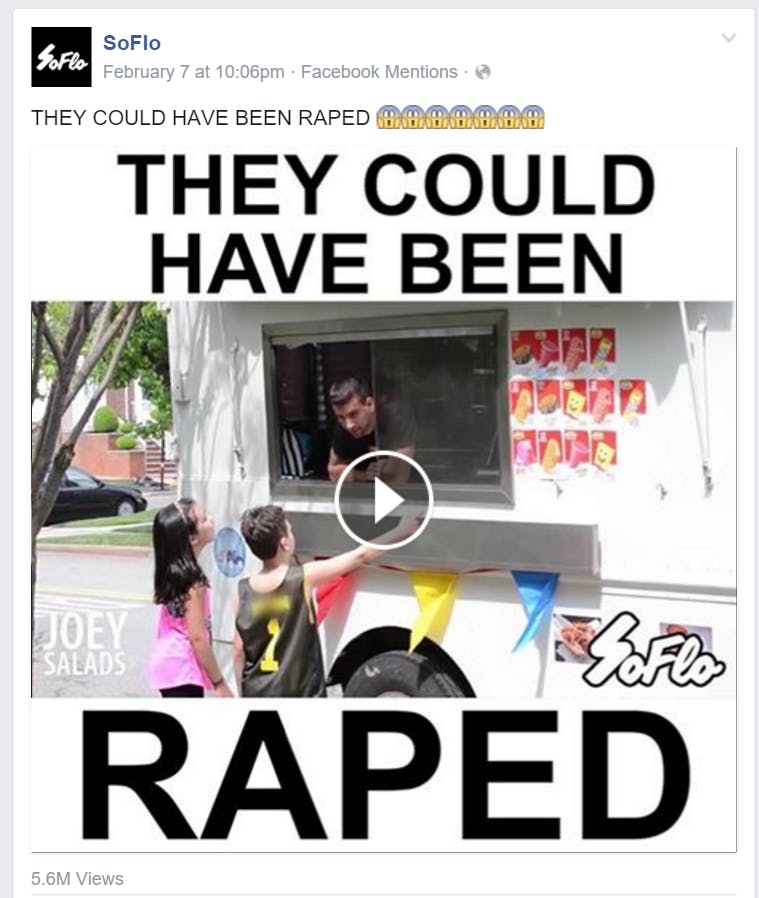 And so, as Internet freedom fighters do, H3H3 Productions created a parody page titled “Soflobro.” The page garnered 80,000 Likes, and was a way for fans to make fun of and vent their frustrations about SoFlo’s brand of humor. But in a video posted earlier this week, Klein noted that, unsurprisingly, Facebook had taken down his parody page.

For Klein, this was expected. So he didn’t give it too much thought. Until videos from the actual SoFlo page started to populate his Facebook feed. This surprised him, as he never recalled “Liking” the official SoFlo page. Turns out Facebook moved all the Likes from Soflobro to SoFlo.

This was corrected a few days later. But there was “no explanation from Facebook in either cases, it was just magically back up, the same way that it was removed,” Klein told the Daily Dot. A Facebook spokesperson cleared this up.

Klein also noted that when one of his videos was illegally ripped and uploaded, Facebook’s response was virtually nonexistent. He complained in a video two months ago, and said that things have actually gotten worse.

“Facebook has not improved their protection, and all evidence so far points to them enabling theft further, as I pointed out in the video, the fact that they chose Soflo to pilot test their system speaks volumes to their intentions,” Klein alleged.

(Klein is referring to a rumor that Facebook is trying to monetize video content and using SoFlo’s page as a test bed.)

Klein maintains that SoFlo steals videos. SoFlo could not be reached for comment, but does appear to be tinkering with legal action against Klein’s accusations:

In an email, Klein said that a lawsuit “remains to be seen,” before adding:

…my response would be that soflo is a page built on theft and there is plenty of proof of that, including our previous video entitled “SoFlo’s facebook page” in which we interview a girl who was stolen from, not credited, no permission given — in my opinion, he has no defense.

To air his side of the story, SoFloAntonio also uploaded a video responding to Klein’s assertions. Antonio wanted to make clear that he doesn’t steal videos, but rather licenses videos. He also felt it was hypocritical to be criticized for stealing content when his critics upload videos with famous footage and hide behind fair use.

It should be noted that Klein does upload a lot of content making fun of other YouTube videos, and does borrow footage to do so.

But Klein noticed something else: Videos on SoFlo’s Facebook page were being shared from weird-sounding pages, such as “Gthtjtkt” (a small page with just north of 1,000 Likes.) How would SoFlo be sharing videos from an obscure Facebook page that also completely mimics his format? Klein alleges that SoFlo, in an attempt to avoid copyright takedowns or legal pressure, rips and uploads videos to these dummy Facebook pages, then shares content on the official SoFlo Facebook page.

The legitimacy of Gthtjtkt has been debated by many on Reddit. Was it a legitimate channel, or was it really a dummy channel made to launder content? In a bizarre blunder from SoFlo, Klein uploaded a video showing us emails he had received. It included admittance to Gthtjtkt working in the SoFlo offices. It was followed up by an email from Gthtjtkt claiming that they were independent content producers, not a part of SoFlo, and that they would love to collaborate.

Klein replied and let them know that somebody at SoFlo already admitted that Gthtjtkt was under the SoFlo umbrella. Klein has yet to hear back.

It does appear that one of SoFlo’s branded YouTube channels, SoFloComedy, has been scrubbed of old videos, perhaps as a preemptive legal measure. At the end of this week’s back and forth, SoFlo released a follow-up video. Instead of trying to fight against H3H3, Antonio stopped debating and opted to simply make fun of Klein.

For now, at least, SoFlo is content to move forward with his lucrative trade of shareable comedy.

Photo via Mandy Goldberg/Flickr (CC BY 2.0) | Remix by Max Fleishman