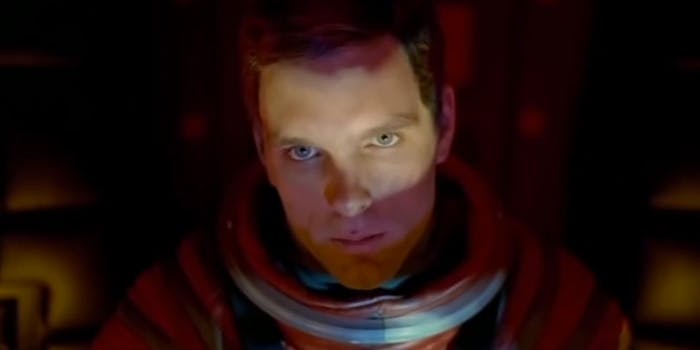 ‘2001: A Space Odyssey’ gets an upgrade from the voice of Archer

Now we know what the "H" stands for.

The Internet loves nothing more than when voice actors (or apparent professional narrators) use their vast vocal abilities to recreate famous scenes for a crowd. H. Jon Benjamin—Bob Belcher and Sterling Archer himself—voicing HAL 9000 was nothing short of genius.

Benjamin stopped by the Late Night Basement in Brooklyn, where host Chris Rose asked him to lend his voice to the most iconic scenes in movie history, including 2001: A Space Odyssey.

Take the voice of Bob’s Burgers and Archer, add in some sass and a fit of the giggles, and you’ve got yourself the perfect villain. It’s unclear if he’s tipsy or the crowd’s making him laugh, but it just makes it even better.