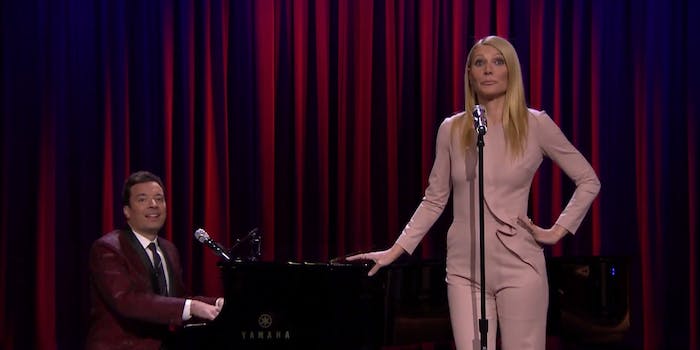 What do Gwyneth Paltrow and Nicki Minaj have in common?

Performing a song in a different genre is a tried-and-true method of making something feel fresh, and when it comes to performing them on The Tonight Show, it’s no different. Having already “played” piano with Anne Hathaway and Ariana Grande, Jimmy Fallon teams up with Gwyneth Paltrow, who sang on Glee in recent years, for another edition of making new showstoppers.

She’s got plenty of F-bombs to drop, but her anaconda still doesn’t want anything, and we’re not sure what exactly she’s trying to do with that deep voice drop. But she seems to be having fun with it, so we’ll give her that.