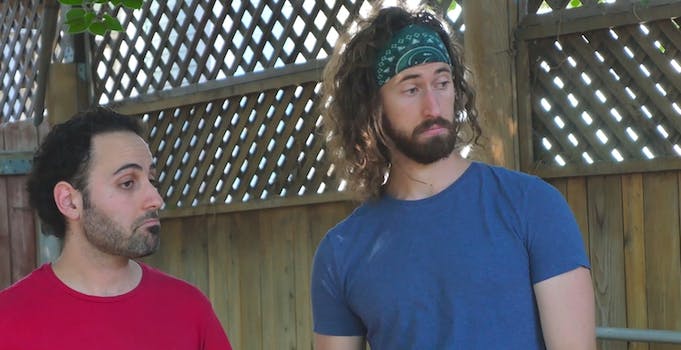 Gardens, gossip, and so much more.

The Kloons, a trio of dudes with a hilarious YouTube channel and successful viral video studio, have hit pay dirt with a project called “Sisters.” The first episode racked up 2 million views, and with the second—uploaded yesterday—it’s clear the concept has legs.

“A couple years ago my cousin and I were hanging out at a family gathering and started noticing how silly my mom and aunt’s conversations were,” Kloons member Nik Kazoura explained to the Daily Dot in an email. “My uncle, cousin, and I started cracking up and realized we had to use their material somehow. Getting inspiration from Drunk History, we thought it would be hilarious to do a lip sync video.” Thus “Sisters” was born.

Two years passed between the idea and execution, but finally, Kazoura said, “as everyone was about to leave my mom’s house after a family dinner, I asked my aunt to wait a few minutes so I could try to record them.” Using lanyards, he “hung a smartphone around each of their necks. They then went on to walk around the garden, and 15 minutes later I grabbed the phones and listened back to the recording.” The result? Pure poetry.

Apparently, we’ve only just scratched the surface here: “Rest assured, we have lots of great material to come,” Kazoura said. “More garden anecdotes, some great TV and movie gossip, and lots of classic sister interactions. They think the videos are very funny and are always happy to help.” Isn’t it nice to see a loving family become Internet famous together?