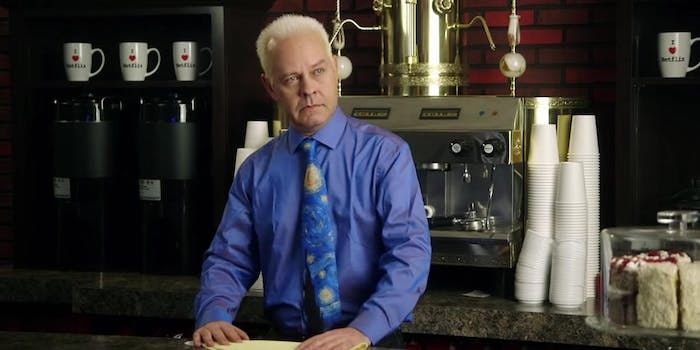 No one told you 'I'll Be There For You' was gonna be this way.

It may have been 11 years since James Michael Tyler appeared on Friends as the deadpan Gunther, but he still remembers his glory days on the popular show like it was yesterday. When he’s not answering questions posed by fans online, he’s regaling them with a “cover” of the show’s theme song that befits his character.

In the video below, you’ll see Gunther backed by a set that resembles Rachel and Monica’s apartment. You’ll probably expect him to start off with his usual morose self but eventually give in to the upbeat power of The Rembrandts’ “I’ll Be There for You.” Instead, he reminds you of what makes Gunther the Gunther we all grew to love those many years ago: a depressingly sad man who is in dire need of a hug.