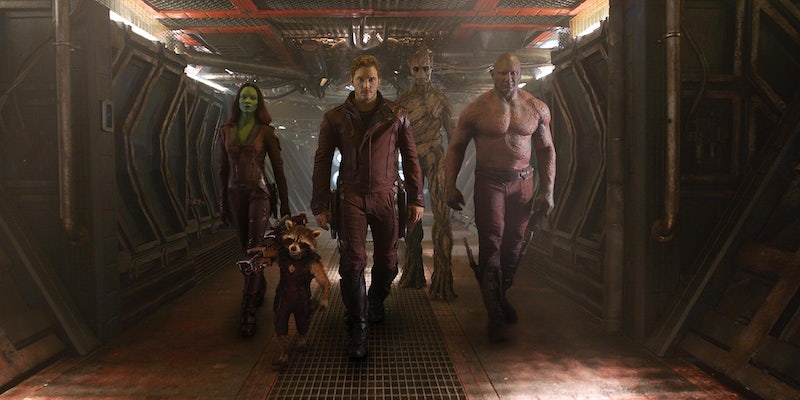 New ‘Guardians of the Galaxy’ trailer has fans swooning

All aboard the hype train.

OK, everyone, jump aboard the hype train: The new trailer for Guardians of the Galaxy has hit the ‘net. Suffice it to say, it gives you that tickly feeling inside.

The trailer shows off the bounce and humor of the comics adapted for the big screen. It’s the adaptation of that humor that has fans so excited. Many fans were worried that Guardians of the Galaxy was too obscure for current moviegoers. It seems, however, that the Internet has been embracing the quirky science-fiction action comedy.

Compared to the output from Warner Bros. and DC, Marvel has chosen to bring a bit of personality and humor to its star-studded superhero romps. Iron Man, for example, can be fun and humorous for a wide range of audiences. Man of Steel, on the other hand, was a dark and broody superhero drama that favored a more realistic tinge.

Regardless, comics fans are just excited to see more and more of their favorite stories being adapted for the big screen.

Watch the trailer, and try not to run around in stupid fits of joy. Guardians of the Galaxy will hit U.S. theaters on Aug. 1, 2014.