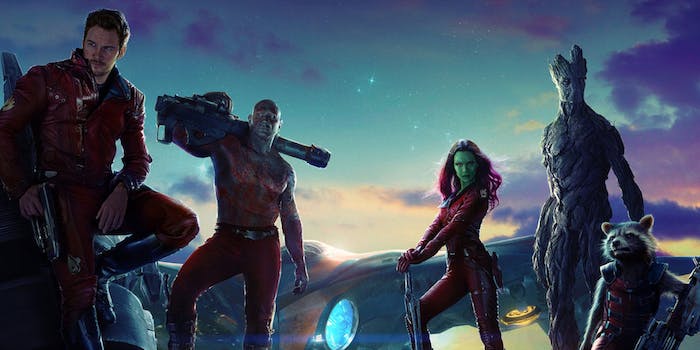 Guardians of the Galaxy is here to tell you that planet Earth is a pile of crap.

“Hawaii. Tahiti. The Bahamas,” intones the Galaxy Getaways YouTube commercial. “Some of the most beautiful destinations on Earth… look like sh*t compared to the rest of the galaxy.”

Galaxy Getaways flies you from your earthbound home to one of three planets: Morag, Knowhere, or Xandar, where you can explore a few scenes using Street View.

Morag is a desolate wasteland with some ancient alien ruins, Xandar is a luxurious but overly sanitized resort planet (home to the galactic police force Nova Corps, headed up by Glenn Close), and Knowhere is a classic sci-fi mining town full of dive bars.

Is it just us, or have viral marketing sites really upped their game this year? The X-Men: Days of Future Past sites practically had better worldbuilding than the movie itself, and the Hunger Games’ Capitol Couture magazine is knocking it out of the park. It takes a lot to make you ignore the fact that these sites are all just cynical advertising ploys, but somehow, more and more movies are managing it.