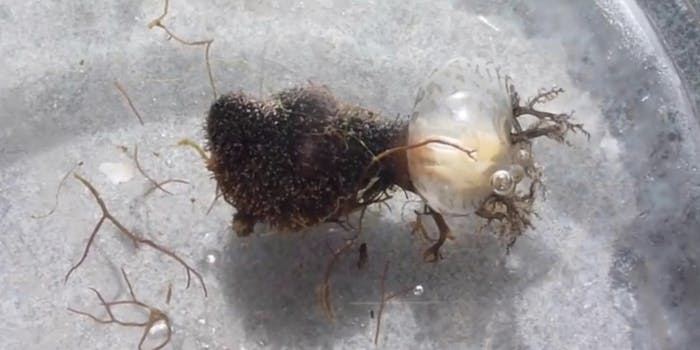 ‘Gross Science’ will teach you about the weirdest things in nature

Science can be, well, disgusting, but that doesn’t make it any less interesting or educational. A new YouTube series from educational powerhouse PBS Digital Studios wants to make even the weirdest science entertaining by giving you a weekly dose of gross.

PBS has paired with Boston-based NOVA to produce Gross Science, and it’s kicking the lessons off with three videos about very unsettling topics: how the normally boring sea cucumber can eviscerate its own internal organs; how 3-foot-long worms mate in your abdomen; and how various diseases can make you smell.

“Paradoxically, I find the most beauty and wonder in science when I examine its slimy, smelly, creepy underbelly,” NOVA Digital Producer and Gross Science host Anna Rothschild said in a statement. “We’re thrilled to partner with PBS Digital Studios to bring to life a new series that inspires curious people of all ages to enjoy science, to see it as a story, and to ask lots of questions about the world—especially if they’re about poop and parasites.”

Rothschild will produce one Gross Science lesson every week, with a total of 40 videos in the first season.