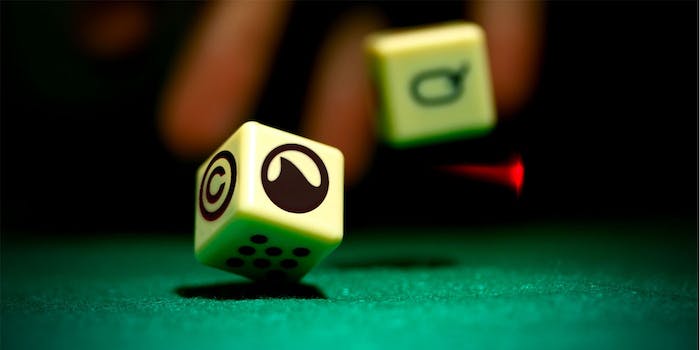 That's a pretty damning email from the company's cofounder.

Grooveshark, the Spotify-like service that lets you stream user-uploaded mp3s, has been found liable for copyright infringement on a massive scale.

A coalition of nine record labels, including big ones like Warner Bros. and Sony Music, convinced the Southern District Court of New York that Grooveshark engaged in a widespread practice of uploading songs to stream on the site, then re-uploading them when they were taken down for violating copyrights. The labels’ clients included Michael Jackson, Prince, Elton John, and Green Day, according to Judge Thomas Griesa’s opinion, and hits from each of those artists were still streaming on Grooveshark as of this writing.

An early version of Grooveshark’s library, the court found, was built on employees frantically uploading all kinds of music they found online. In a company-wide 2007 email presented to the court, cofounder Josh Greenberg instructed his employees to “download as many MP3’s as possible” and “share as much music as possible from outside the office,” warning that employees who failed to do so were “ON MY OFFICIAL SHIT LIST.” A later email instructed that “if you have CDs, MP3s or any other music that could conceivably be converted to MP3s at the office, please bring them in.”

In theory, Grooveshark, like Spotify, pays the artists whose music streams on the site. But that didn’t happen with the artists named in the suit, as their parent labels never agreed to let Grooveshark use their songs in the first place. Spotify, by contrast, built its business plan by first partnering with the labels of the artists it streams.

Like practically every site that allows user-uploaded content, Grooveshark has a formal policy for dealing with Digital Millennium Copyright Act (DMCA) takedowns, the standard practice for dealing with copyright infringement in the U.S. Under the DMCA, a site isn’t considered liable for copyright infringement if they’re prompt in taking down material when formally alerted by its owners. On its website, Grooveshark says that “as long as your infringement claim complies with the terms of the DMCA we will honor it, however we would much rather pay you than remove your content.”

But when a song was taken down with a DMCA complaint, Judge Griesa found, Grooveshark employees would often quickly re-upload it.

The case will next move to assess how much the company actually owes, though the company is considering an appeal—especially because damages may be enough to bring the service down.

“Grooveshark respectfully disagrees with the court’s decision and is currently assessing its next steps, including the possibility of an appeal,” James Pearson, the company’s executive vice president of Corporate Communications, told the Daily Dot.