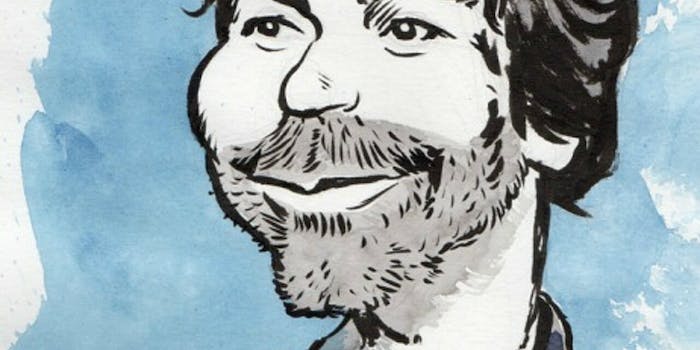 It's been five years since Greg Giraldo died. Author Matt Balaker wants to explain why he was important.

Greg Giraldo died almost exactly five  years ago after accidentally overdosing on prescription pills, but comedians continue to keep his memory alive by occasionally referencing him and his work on various modern-day podcasts.

But one author wants to do more than that. Matt Balaker wants to write a biography on Giraldo, the man Balaker calls a “stand-up legend,” and he’s asking for help on Kickstarter.

Here’s the pitch for the project that, as of 1pm ET on Wednesday, had accumulated just shy of a third of its $3,000 goal.

Many know Greg Giraldo’s work from Comedy Central roasts, late night television, and comedy clubs. However, few comedy fans have heard the story of his days after Harvard Law school, ascension to cult comic icon, and premature demise at the hands of his demons.

So far I’ve interviewed more than 22 people who will help tell his story. From managers to his ex-wife and several comedians, friends, producers, and members of the entertainment press. Those who knew Greg Giraldo well uncover what motivated this stand-up legend and how his work impacted them.

Among those Balaker has interviewed include comedians Colin Quinn, Nick DiPaolo, and Natasha Leggero, who remarked, “I said to [comedy-roasting legend] Jeff Ross, ‘I remember the exact moment you became the best roaster in the room. It was when Greg Giraldo died.'”

Here’s a sampling of Giraldo’s work.

Though Giraldo made his name primarily on the Comedy Central Roasts specials, he also could prevail in a two-man battle of comedic wits, as seen here vs. Denis Leary.

Meanwhile, the potential of this book has inspired fellow comedians to give it a social-media push.

The great comic #GregGiraldo died 5 years ago today. Normally I don't push kickstarters but this book is important..http://t.co/0eGDrC378z