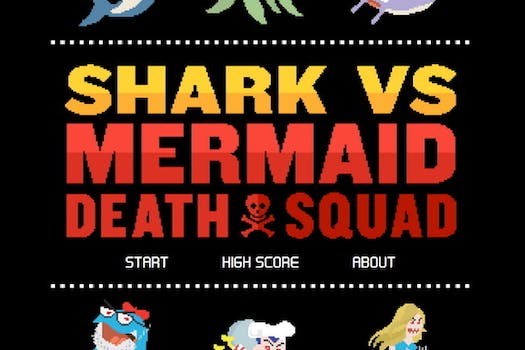 It's fully playable and actually quite enjoyable. 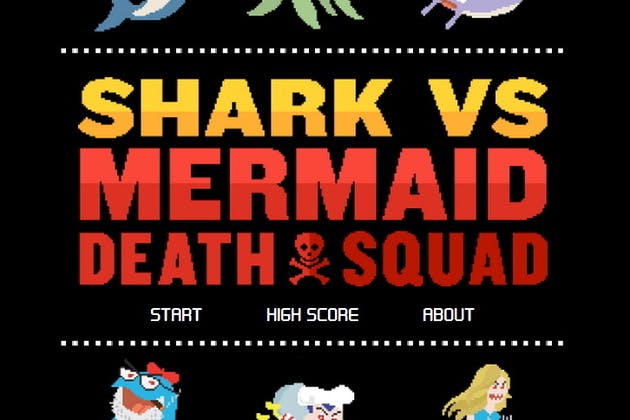 Greenpeace is all about pulling attention-grabbing stunts in the name of public awareness/shaming a corporation or government into not destroying the planet. Traditionally, this has involved doing things like floating a dinghy out to a nuclear bomb test site, harassing whaling vessels on the high seas, or decorating dirty coal plant smoke-stacks with Goodyear-sized graffiti. (I was on site to report on that last one, and I will add that it was epic.)

But since the Internet has enabled the mass distribution of smaller portions of shame, Greenpeace has taken to the format as well. Case in point: They just built a fully playable 8-bit game called Shark Vs. Mermaid Death Squad, wherein players try to stop the industrial tuna fishing operations of the world from obliterating the planet’s marine ecosystems. Chicken of the Sea, Bumble Bee, and Mermaid are all guilty of destructive, unsustainable fishing practices, Greenpeace charges—they trawl, overfish, and kill bycatch at alarming rates. They show up here as the pixilated villains.

The game is pretty much Pacman with a couple modifications, and you play as one of the three well-known or lovable marine creatures that tuna fishing kills: sea turtles, manta rays, or sharks. You then attempt to free the tuna from the cans (the equivalent of Pac Man’s little white pellets). The action takes place in the aisles of Safeway, one of the largest purveyors of the above tuna companies’ canned goods.

The twist is that before and after the game, you’re given opportunities to “engage”—you can earn yourself more lives by sharing the game, and its message, of course, on Facebook or emailing it to a friend. Within hours of its release, the game was shared over 10,000 times on Facebook alone.

It’s an example of the trend in activism and education towards gamification, the use of mostly cheap(ish), social and shareable games to try to goad players into better real-world behavior or to raise awareness of key issues.

Which is kind of what Greenpeace is doing here. But mostly, they’re just taking the piss out of Safeway and the big tuna companies.