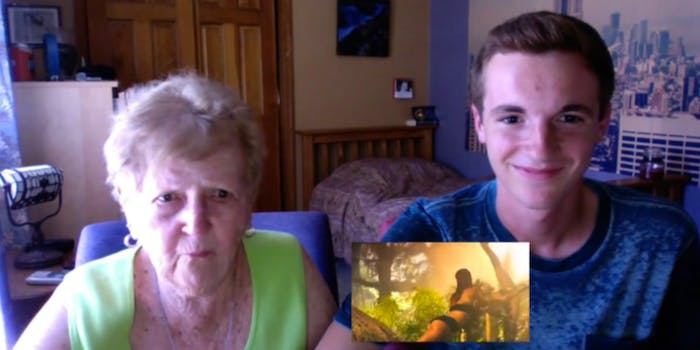 Grandma does not want none of Minaj’s buns, hon.

Nicki Minaj’s “Anaconda” video has been subjected to thinkpieces and fart jokes, but you can’t get a real solid grasp on its cultural implications until you’ve shown it to your reluctant grandma.

YouTuber Kevin Droniak, a.k.a. thiskidneedsmedicine, subjected his mee-maw to an intimate viewing of “Anaconda,” and she didn’t have a lot of positive things to say about it. Grandma does not want none of Minaj’s buns, but admits, “That’s her style butt that she’s got and it’s OK.” However, when Droniak tells her he might want to marry a girl like Minaj, grandma assures him the marriage wouldn’t last. Not if she’s flaunting her assets.

He has a whole series of videos with his grandma. I’d suggest starting with the one where he tells her about Dylan Sprouse’s nude pics.