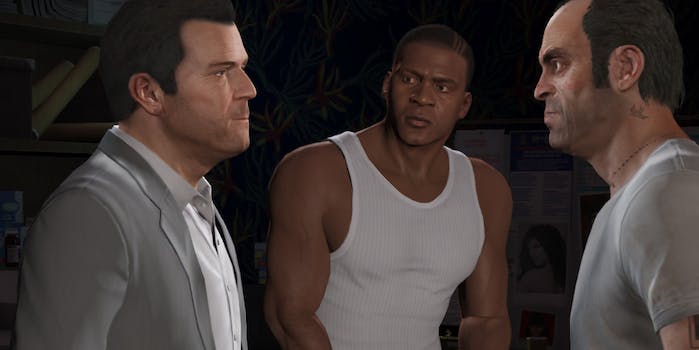 After gaining access to all of Grand Theft Auto's audio files, some resourceful trolls pieced together the story for the biggest video game of the year.

Only weeks away from Grand Theft Auto V‘s Sept. 17 release date, one of the biggest video game events of the year has already been spoiled.

Thanks to some very resourceful trolls, GTAV‘s full ending is now out in the open, and anyone who wants to avoid having the ending spoiled should probably stay away from Reddit‘s gaming forums for a while.

The ending got out after someone decrypted the PlayStation Network preload file—a copy of the game that customers can download ahead of time and unlock at release—and gained access to all of GTAV‘s audio files.

If you are interested in the spoiler, the leaks are discussed here.

The spoilers include not only the game’s sweet soundtrack (something the Grand Theft Auto series is known for) but also every line of spoken dialogue in the story. From there, it wasn’t hard to work out how the story ended.

“We sincerely apologize to Rockstar and GTA fans across the world who were exposed to the spoiler content,” PlayStation said on the company’s blog.

UPDATE: Sony has apologized for the leaks and pulled the GTA V preorder files from the European PlayStation Store.