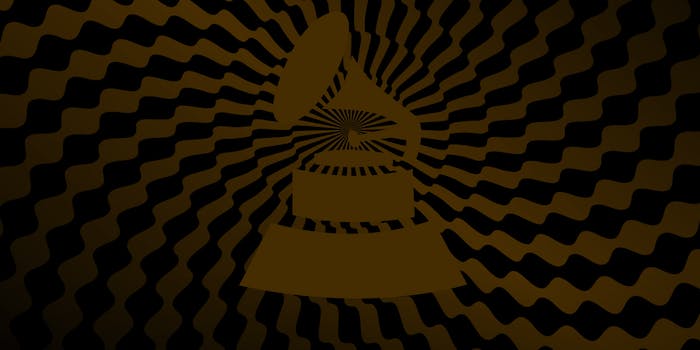 From Weird Al to Nicki Minaj to the night's undeserving winners.

Welcome to the Daily Dot’s live coverage of the 57th annual Grammy Awards. It’s music’s most high calorie night, and one for undeserving winners, mismatched performances, and the sort of polluting excess that makes the world hate America. Get ready for misguided music snobs publicly denouncing the winners of a competition famous for not getting its historical benchmarks correct with respect to who goes home with hardware (like, ever). Feel the rhythm. Feel the ride. Get on up—it’s Grammy time.