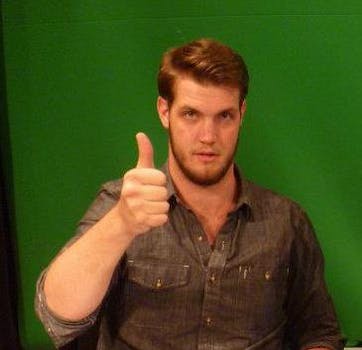 Meet the graduate behind @NotTildaSwinton

The fake Tilda may be no more, but there's still more comedy to come from the team behind her.

The ethereal and the mysterious took over Twitter last week, when a parody account, paying homage to actress Tilda Swinton achieved huge popularity. With @NotTildaSwinton now at an end, the Daily Dot spoke with one of the twenty-somethings behind the strange and wonderful account.

Eli Yudin started the account last Monday, when he had nothing to do after his wisdom teeth were removed. His Twitter friend, Carey O’Donnell, 23, also contributed to the account.

Yudin had made jokes about Swinton in the past, and that led to the idea for the account. It proved wildly successful. Yudin told Slate that he exchanged direct messages with comedian Patton Oswalt and got follows from the likes of news personality Anderson Cooper—along with more than 35,000 other tweeters.

The real-life Tilda Swinton comes across as a cool, captivating character, having built an aura of mystique around herself and her acting career. Rumors that she lived with both her younger lover and the father of her children only added to the allure.

“I think Tilda Swinton has been ripe for parody for a long time, and I just got lucky by being the first person to actually get around to making an account,” Yudin said. “There were plenty of jokes about Tilda Swinton being weird before we took it to the next level.”

“Once we grew to a few thousand in such short time, we realized we might have something here,” Yudin said. “We didn’t really change the approach too much though. It did get a little creepier/cultish over time though.”

The backlash he and O’Donnell received when they brought the parody to an end suprised Yudin. Some were angry that they’d chosen to end the account and reveal themselves. They were accused of “cashing in” on their success too.

However, Yudin had a lot of fun with the parody, after creating a number of other parody accounts that didn’t quite set the world on fire.

Yudin, who graduated from the University of Michigan this month after studying Fine Arts, is looking for work in illustration, graphic design, and animation. However, he is “really trying to work in comedy in some form.” The 21-year-old certainly showed his comedic chops with @NotTildaSwinton, which will live on in Tumblr form (albeit more as a platform for the duo’s creative work than the Tilda Swinton parody).

Just after the Twitter parody was brought to an end to avoid dragging out the joke too long, Yudin tweeted that “Also, just to be clear, me and @ecareyo [O’Donnell] are freaking out unbelievably.”

There was a lot for Yudin to take away from the week-long parody too. “Doing something that people you respect think is funny and enjoy was really awesome,” Yudin added. “[T]he Internet is crazy when it wants to be.”

Whether the rest of the Internet is as crazy as someone who’s given birth to a bat, eats birch saplings, and types tweets on a rabbit is not quite clear.