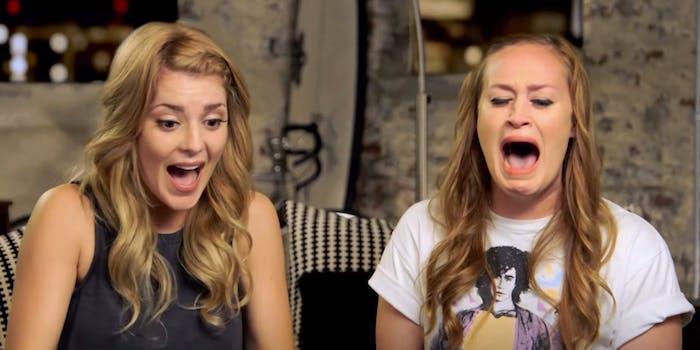 To celebrate Grace Helbig’s talk show debut, she and Mamrie Hart did a lot of shots

Now that's how you deal.

Grace Helbig‘s E! show debuted last night, and while there were mixed reviews about it on Twitter, there was at least one clip that stayed true to the Helbig brand: She and frequent partner in crime Mamrie Hart got drunk and watched viral videos.

Of course they turned it into a game called “Deal,” in which a funny video is queued up and the first person to laugh at it has to do a shot. How do we get this job?