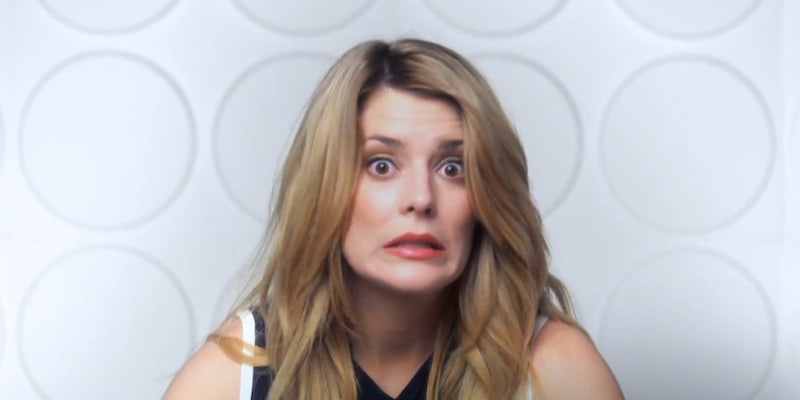 Fans finally know when they can find YouTube darling Grace Helbig‘s on E! helming her own talk show, thanks to a new promo.

Helbig penned a deal to host an E! talk show in August, and the series finally has a premiere date of April 3. She’ll air after The Soup at 10:30pm ET. Instead of the typical talk show formula, Helbig is shaking things up.

“She’s from the Internet,” the promo explains, and as such will have no couch, no audience, and no limits. The clips seems to imply that The Grace Helbig Show will structure the episodes with Helbig driving around between guests and segments, but that could just be a one-off gimmick.

Helbig is E!’s apparent replacement for Chelsea Lately, which ended around the time Helbig’s show was announced. The promo clip also shows Helbig’s frequent collaborator and fellow YouTuber Mamrie Hart will be part of the show in some capacity.

The Grace Helbig Show isn’t the only project on Helbig’s plate this year. She’s also filming a remake of the 1970s series Electra Woman and Dyna Girl with fellow star Hannah Hart for Legendary Entertainment. The series is digital, but could make the eventual jump to TV or film.