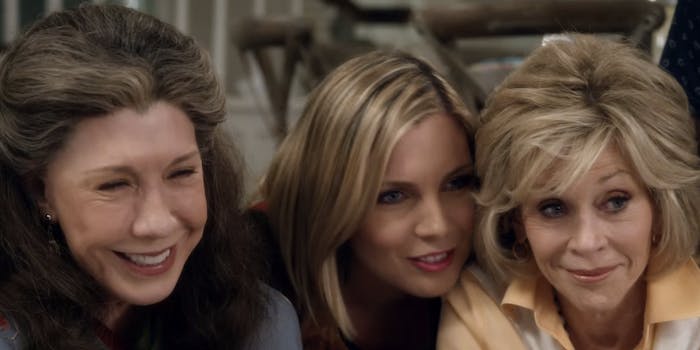 Thirty-four years after the release of 9 to 5, Lily Tomlin and Jane Fonda reunite on Netflix in Grace and Frankie, and now fans finally have a first look with a series trailer.

Tomlin and Fonda play ex-wives of two men who come out of the closet and intend to marry each other. While the show is helmed by Friends creator Marta Kauffman, Tomlin and Fonda play far-from-friends. The longtime foes are thrust together by their new circumstances, to hilarious results.

Martin Sheen and Sam Waterston round out the cast as the two husbands in question, and the trailer showcases the show’s quick wit and progression through the fallout from their big announcement.

Netflix will release the entire series on May 8.