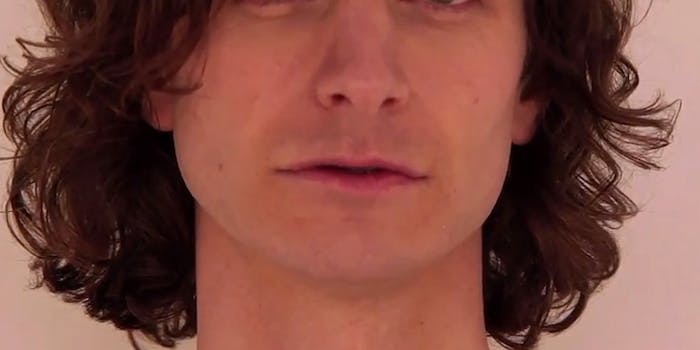 The only Gotye parody you’ll ever need

The Australian songwriter compiled a mashup of YouTube covers of his own blockbuster track this weekend.

Gotye just gotye’d Gotye. This is either really sweet or the most self-indulgent mashup of all time.

The Australian songwriter, known throughout the world for writing the impossibly catchy “Somebody That I Used To Know,” a song that’s now been viewed 300 million times on YouTube, released a self-curated video mashup for the track this weekend. Called “Somebodies: A YouTube Orchestra,” the collection has already racked up nearly half a million views.

Gotye (born Wouter de Backer) wrote that he created the mashup using KeepVid.com to download the videos and Ableton Live for audio stretching, pitch-shifting, and the initial video editing. He used Adobe’s After Effects to put the final product together.

“Reluctant as I am to add to the mountain of interpretations of ‘Somebody That I Used To Know’ seeming taking over their own area of the Internet, I couldn’t resist the massive remix ability that such a large, varied yet connected bundle of source material offered,” Gotye wrote in the video’s description. “Thank youth everyone who has responded to ‘Somebody That I Used To Know’ via YouTube. It’s truly amazing.”

A YouTube search for “Somebody That I Used To Know” yields over 82,700 results. Not all of those videos are parodies or remakes of the infectious track, but still, that’s a tremendous amount of interpretations of a song that sounds like it was recorded for YouTube in the first place.