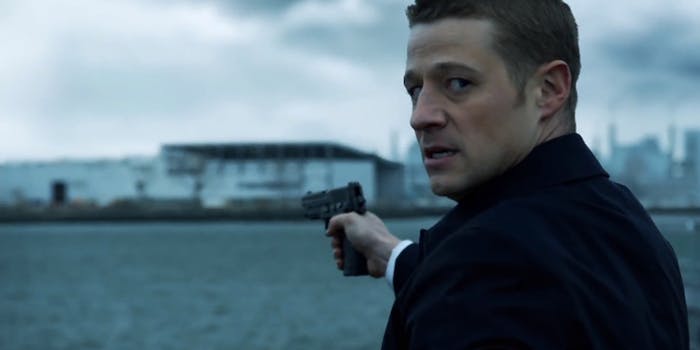 ‘Gotham’ fans make their own trailers for the show

Official and unofficial fan trailers play a major role in promoting a new show or film.

How’s this for a game show title: Can You Outwit Ari Margolis?

Margolis, Fox’s creative manager, is the Andy Warhol of the TV trailer world, and Fox recently went in search of an auteur who felt he or she could outduel his marketing genius by creating an original 60-second promo for its new show, Gotham, which airs Sept. 22. The winning clip will air during the Sept. 11 episode of Sleepy Hollow, but already debuted online to tease viewers into becoming fans of the show’s new salute to the Batman legacy.

While the winner’s name has not been announced, you can see the top entry side-by-side with Margolis’ commercial masterwork, which has been successful in creating buzz for the new show. The Gotham Facebook page has more than 960,000 fans, and the show doesn’t debut for  two weeks.

Official and unofficial fan trailers play a major role in promoting a new television show or film. A well-made trailer can tantalize fans and encourage them to watch a new show, at least once. Getting fans involved in creating trailers has evolved from a pirate-dominated black hat space into one in which television networks offer filmmakers original assets such as short clips and images to spur creativity and lend a touch of authenticity.

Fox has been down this route before, with a contest that asked viewers to remix the promo for Almost Human (another Margolis creation), a sci-fi cop thriller. Clearly, the promos—Fox-made and fan-made—were more appealing than the show, which was canceled after one season.

“Remember to always—and we mean always—put a funny bit at the end. Your audience needs to know that however gut-wrenching your war film/cancer drama/Holocaust epic might be, at least one moment is guaranteed to be chucklesome.”

Really? I have watched the trailer for Roman Polanski’s The Pianist a zillion times and have yet to even coax up a smile. Maybe Fox and its fans know better.