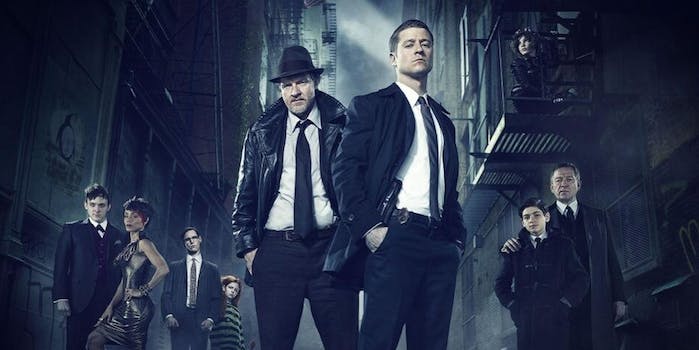 There's a fine line between bragging about your project and actively insulting your competition.

When promoting something (say, a TV show), there’s a fine line between bragging about the quality of your product and actively insulting your competition. For some reason, the showrunner of the new Batman reboot decided not to err on the side of caution in this regard.

Gotham’s first trailer was only released a few days ago, but showrunner Bruno Heller (The Mentalist) is already 100 percent sure that the series will be a huge hit. In an interview with Entertainment Weekly, he stated that the show’s 13-year-old star is “without doubt, the best actor ever to play the part of Bruce Wayne. Without doubt—including the people who played Batman.”

In other words, better than Christian Bale, Michael Keaton, and the many voice actors who played him in the various animated series. No pressure, kid.

Heller went on to compare Gotham to Christopher Nolan’s Dark Knight trilogy. When asked if he was concerned about unfavorable comparisons with the recent Batman movies, he said, “I’m not at all concerned. … [I]n that area, I would say in terms of what [we] are doing—visually—Gotham will surpass the Batman movies. The movies are a very rigorous, kind of Germanic take on that world. They’re visually stunning, but not particularly visually pleasurable. I would say this is much more on the street level of Gotham.”

Confident in his work or overly cocky? Heller was probably just trying to make sure people know that Gotham will have a different aesthetic than Nolan’s Batman movies, but saying that his show will be better is setting the bar very high.

The Dark Knight is one of the most critically acclaimed superhero movies of all time, not to mention hugely popular among Batman’s core fanbase of comics fans. Saying that it wasn’t “visually pleasurable” probably isn’t the best way to endear himself to huge audience of Batman fans who made Nolan’s trilogy one of the biggest hits of the genre.