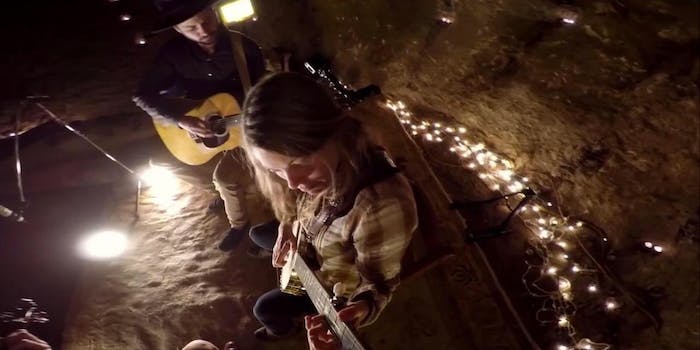 Go deep inside a cave for the most intimate concert ever

Watching Coachella up close is nothing compared to this.

Back during Prohibition, speakeasies would pop up everywhere—even in deep caves hidden in the mountains. Nowadays, illegal alcohol rings are gone but caves remain waiting to be filled. And sometimes, as in the cast of musicians Will Fourt, Sheila Golden, and Alisa Rose, they’ll fill them with music, people, and even booze.

With GoPros attached to their respective instruments, they get right into it as we catch an intimate look at a performance. They’re not filling arenas, but the precision and care they put into performing never gets old.