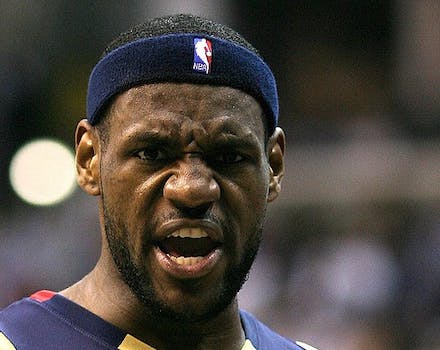 As the NBA lockout lingers, four superstars team with Google+ for a series of basketball games in their hometowns.

There’s now a clear and unexpected winner in the NBA lockout: Google+.

In other words, it’s the Harlem Globetrotters with even less defense.

As reported last week by the Daily Dot, the NBA Players Association rejected the last Collective Bargaining Agreement proposal, throwing the entire season into jeopardy. The tour could be a win-win situation: The stars get to foster sorely needed goodwill while Google+ gets some exposure for its new brand pages launched two weeks ago.

Google+ plans to livestream each outing and host exclusive video chats, called Hangouts, with the players. But will anyone tune in?

At last count, only 1,028 people had added the Homecoming Tour page to their Circles, Google’s convention for following a brand. That’s a negligible amount considering that the four players combined have nearly 10 million Likes on Facebook. Anthony, one of the main attractions, hasn’t even bothered to add the event to his Circle.

It’s difficult to say whether those numbers are a reflection of the NBA’s current standing with players or the viability of Google+. Regardless, both clearly need to step up their game.