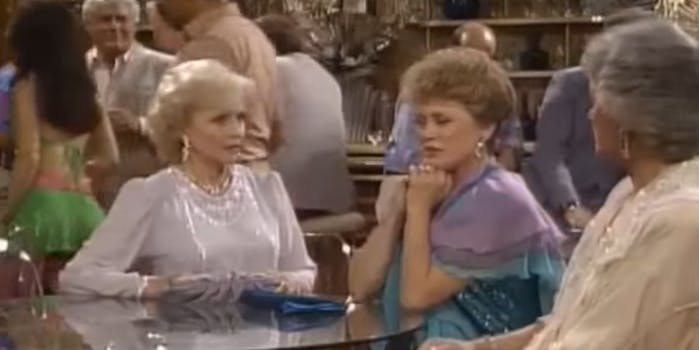 ‘The Golden Girls’ are coming to Hulu — all 180 episodes

We can't wait for February.

Hulu has amazing news for fans of the popular 1980s sitcom, The Golden Girls. The complete series, which ran 1985 to 1992, and starred Beatrice Arthur, Betty White, Rue McClanahan, and Estelle Getty as four single women living under one roof in Florida, will be available on the streaming site starting Feb. 13, the company announced this weekend at the Television Critics Association’s annual winter press tour.

“This marks the first time one of the most popular series of all time will be available to stream all at once in one place,” Craig Erwich, Hulu’s head of content, told reporters this weekend.

According to Erwich, the addition of the series, which received 68 Emmy nominations—and 11 wins—during its seven seasons on NBC, is just one example of the site’s continuing efforts to showcase “series that have potential to flourish with longtime fans” as well as “new fans.” Back in 2015, Hulu landed rights to another hugely popular sitcom, Seinfeld.