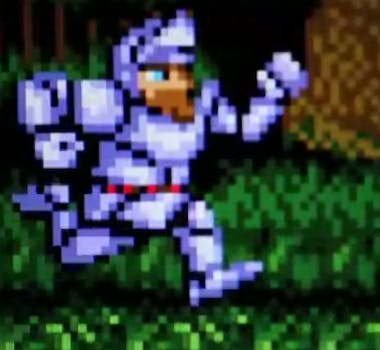 This surprisingly inspirational video took the gaming Web by storm this week.

Gamers across the web had a nostalgia attack this week, as “Go Right,” a montage video that rang metaphorically true for many, made the blog rounds.

Uploaded to YouTube by RockyPlanetesimal on April 25, “Go Right” features heroes from popular games running from the left hand side of the screen to the right (in classic side-scroller fashion) for two minutes and 41 seconds.

Buzzfeed called it “strangely moving,” while Geekosystem said it “succinctly sums up oldschool gaming.” Kotaku wrote the video made “childhood gaming memories feel super dramatic,” and viewers were inclined to agree. Redditor epsiblivion wrote he or she got “chills from nostalgia,” while YouTuber leethus simply wrote “beautiful﻿.”

Michael Nyman’s tune “A Wild And Distant Shore” is the underlying soundtrack to the short, and the orchestral strains add significant gravitas when the heroes falter, lose, try to run left, or overcome obstacles.

“This is the most inspiring thing I’ve ever seen﻿ in my life,” YouTube user ChromeColossus wrote. “I smiled the entire time. This is really, oddly amazing.”

“The real question is, what were they running from?” redditor AverageToaster asked.