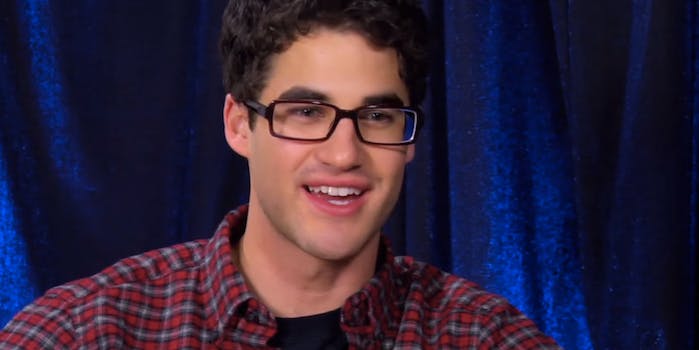 It's the first time a 'Glee' cast member has written a song for the show.

Glee may be ending in a week, but star Darren Criss has been slowly counting down to the series finale by giving Gleeks daily tastes of an original song he wrote for the episode.

Criss, who plays Blaine Anderson on the show, began tweeting handwritten lyrics to his original song, “This Time,” on Tuesday.

Criss already had one original song of his featured in last week’s episode, with “Rise” highlighting the episode’s climax where the New Directions and the Warblers join forces to form a super show choir.

“This Time” will be sung by Lea Michelle’s Rachel Berry character in the second hour of the finale. Fan, naturally, are freaking out about the slow tease.

Fans will likely be able to hear the final track on Monday. Glee typically releases each episode’s soundtrack on iTunes at the beginning of the week. The two-hour series finale airs Friday.