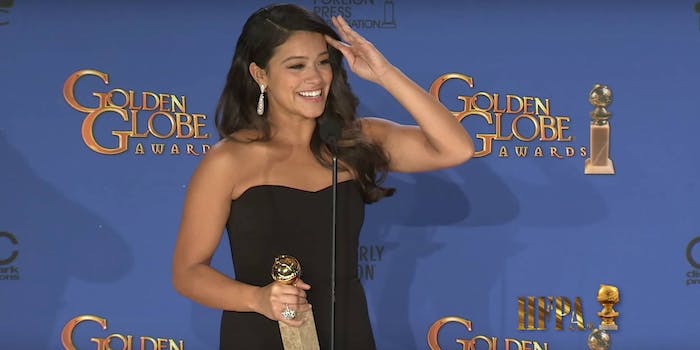 Netflix is bringing back ‘Carmen Sandiego,’ and it’s going to star Gina Rodriguez

Jane the Virgin star Gina Rodriguez is reportedly signed on to voice iconic woman of mystery Carmen Sandiego in a reboot of the ’90s animated series for Netflix. The original show aired on Fox from 1994-1999, but the new season will live on the streaming service.

According to entertainment blog the Tracking Board, “Netflix has ordered 20 episodes of the series, which aims to be as educational as it is entertaining, given the title character’s globetrotting adventures.”

Netflix hasn’t officially confirmed the show, but Rodriguez sent out a tweet Friday evening that seems like a pretty solid “Yes”.

No premiere date has been announced yet, but we look forward to hearing who they’ll cast as The Chief.