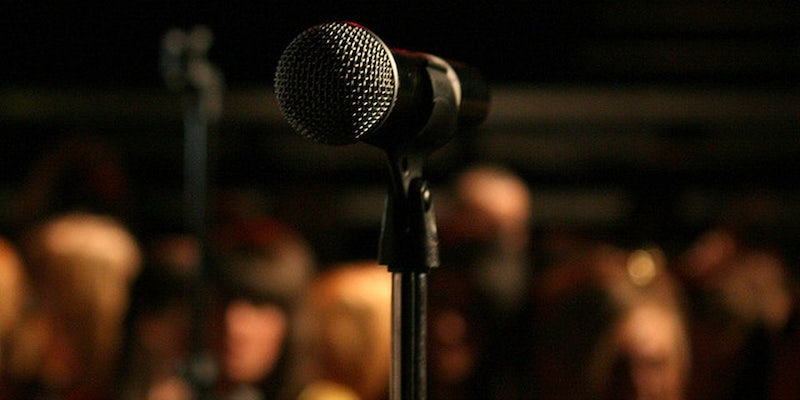 He was even a good sport when people brought up the Aflac duck.

Last night on Twitter, comedian Gilbert Gottfried engaged in a bit of crowdsourced improv. He asked followers to tweet him a set up or punchline, and he’d attempt to complete the joke.

For the next 5 minutes or so, tweet me a PUNCHLINE or SET UP you made up and I’ll try and complete the joke. Include: #punchline

This being Twitter, his attempt could have been a disaster. After all, crossing the line has gotten him in trouble before. There was indeed the inevitable sprinkling of racism and sexism from his followers, but Gottfried kept it old school for the most part. He was even a good sport when people brought up the Aflac duck. Here are a few of the funnier exchanges:

.@inkjetresurrect and the guy behind the counter says, “I see you brought your lawyer and accountant with you.” #Punchline

.@WWIFlyingAce a conversation two eggs were having. #Punchline

.@johnkensil and boy am I exhausted. #punchline

[email protected] one is for watering the plants. The other is for covering my penis. #Punchline