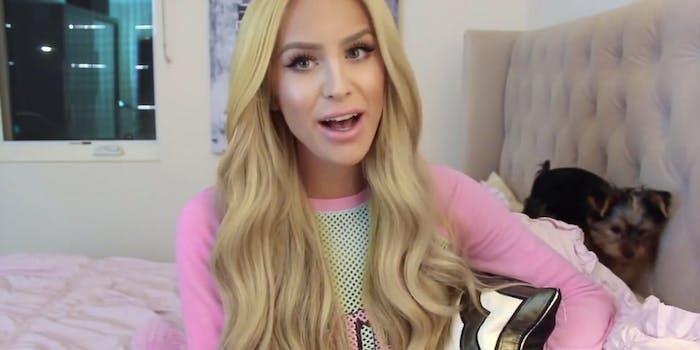 YouTube has provided a home for the transgender community for 10 years.

Last Sunday, over 17 million people tuned in to hear Bruce Jenner’s inspiring interview with Diane Sawyer, including his revelatory confession: “I am a woman.” It is through this interview that the transgender community was finally given its Ellen moment, with a pop culture icon shining a spotlight on a community often misunderstood, overlooked, and horribly discriminated against.

Thanks in no small part to the pioneering ways of Laverne Cox and Orange Is the New Black, the transgender community has had some small amount of accurate representation in traditional media for the past three years, but YouTube has provided a home for the transgender community to express feelings, document stories, and connect with other members of the LGBT community for 10 years now. Chief among these amazing activists is the larger than life Gigi Gorgeous.

Gigi recently made headlines for her video “My Thoughts on Bruce Jenner,” in which she shares with her audience both the importance of Jenner’s interview and what his words meant to her as an open and proud trans woman. The video has gained over 1.6 million views and even found its way onto YouTube’s homepage.

Gigi originally started her channel back in January 2008, when she was still identifying as Gregory, a gay man from Toronto whose love of beauty and fashion had brought him to Los Angeles to pursue a career in entertainment. Five years later, Gigi released the incredibly inspiring video “I am Transgender,” in which she shared for the first time that in order to live her most authentic life, she would be moving forward as a transgender woman.

Since this announcement, Gigi continues to make makeup and beauty videos but has begun focusing her channel more on documenting her transition and the adventures of her daily life. Her videos read like a gender transition roadmap, as Gigi uses her own personal experiences to educate viewers—both trans and not—about everything from laser hair removal, plastic surgery, hormone replacement therapy, boob jobs, and general life as a trans woman. Through her honest and candid videos, Gigi continues to remind not only me, but also her 1.4 million subscribers, that one of the bravest things a person can do is chose to live their life as their truest self. And when it comes to the Gigi Gorgeous, this woman chooses to live her life as the center of the party.

Her channel has allowed viewers from around the world access and exposure to the LGBT community, no matter their geographical location; it has become a space where people can ask questions without fear of judgment from others. There is something so special in the way Gigi lives her life, and through her passion to share her experiences with others, her YouTube channel has changed the world for the better.